Lee Alexander '84: Celebrating 30 Years of Giving With His Largest Gift to Date 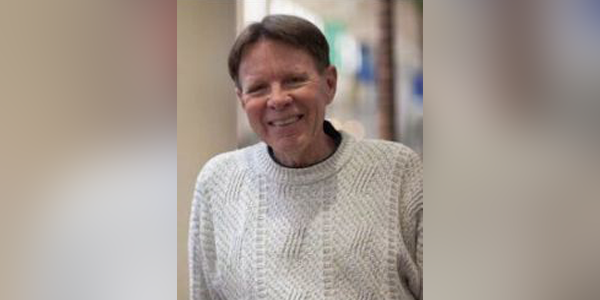 The extra effort to know students and meet them where they are can inspire them long after they leave campus. Lee Alexander '84 is proof of that.

"Working full time, it took me five years to get my degree," Alexander said.

This year, Alexander marks 30 consecutive years of giving to Furman, and he is celebrating that by adding planned giving to his commitment. He knows what it means to need financial support to attend college, and he has spent a lifetime paying that forward to others so they can experience Furman as well.

Furman was Alexander's dream university. When he had the chance to come from Florence, South Carolina, to Greenville for a job, he worked to make that dream come true. His high school classes had been small, and he knew he wanted the personal connection with professors and classmates that he could find on campus.

"I had wonderful professors," Alexander said. "I made a lot of great friends at Furman. The attention that you get in your classes was so important to me. The professors took time with you. The classes were small enough where I felt comfortable and got that individual attention."

Alexander said that extra support made all the difference for him. He noted an interaction with former sociology professor Dan Cover that still stands out, even decades later.

"He was teaching statistics, and that was a class I was having trouble with," Alexander said. "He took all of the time in the world to help me and to get me through that class. I'll never forget that. He said, 'You need help understanding anything, you just come and talk, and I'll explain it better to you.'"

Remaining consistently committed to Furman and its students has been a hallmark of Alexander's life – one that he plans to continue.

"Furman awards more than $60 million each year in scholarships and financial aid," said John Kemp, Furman's director of planned giving. "Half of those awards are need-based. Lee's decision to include a gift to Furman as part of his will comes from his desire to ensure that deserving students have the same opportunity that has shaped his life."

"I do plan to increase my giving each year," Alexander said. "Anything I can do for the university, I'm happy to do. Universities need support from their graduates and their community. It's a good feeling you get because you know the money is going to be used to help deserving students get the education they need. This world is changing quickly – you've got to have a good education to get a good job. It's an investment in the future of this country and in the students of the university. I'm just so happy to be a graduate, and I'm so proud of Furman. They have great professors and caring people that love the students."

"Lee's gift permanently establishes the fund that makes such a need-based award possible," said Kemp. "For many donors, planned gifts like Lee's provide a way to help Furman students even beyond what is possible through their annual gifts."