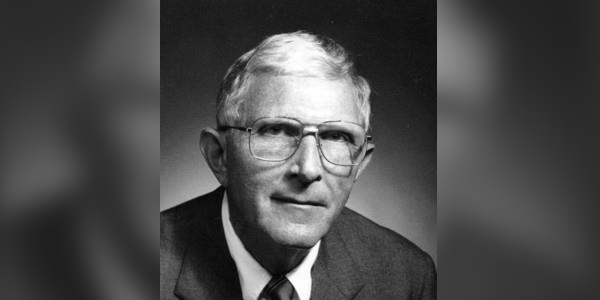 Furman University has received nearly $5 million from the estate of Furman alumnus Thomas C. Turner (1930-2018), class of 1951, to expand support of academic scholarships at his alma mater.

The gift is designated for the Eleanor B. Turner Scholarship, established by Thomas Turner in 1995 in honor of his sister, and the Thomas C. Turner Scholarship Fund, an endowment he created in 1996. The bequest was completed in June.

Both scholarships are awarded to Furman students who "demonstrate a financial need, exemplify high moral character and show academic promise." Already, 12 Furman students have benefited from the original Eleanor B. Turner Scholarship.

"Dr. Turner was a man of vision whose academic influence impacted the field of accounting in general and in the Carolinas especially," said Furman President Elizabeth Davis. "We are very proud to call him an alumnus and grateful for the legacy of generosity to his alma mater that will continue to help Furman students for many years to come."

After earning a mathematics degree from Furman in 1951, Turner volunteered for military service and attended Army Officer Candidate School, an experience that would later shape his decision to become a college accounting professor.

He received a commission as a lieutenant in field artillery and went to Korea at age 23, earning the Purple Heart for injuries he sustained in combat.

After the war, Turner spent 10 years in the accounting industry at a Charlotte-based firm. In 1966, with only four students, he started the first principles of accounting class at the University of North Carolina-Charlotte. In 2016, the program was named the Turner School of Accountancy at UNC Charlotte's Belk College of Business, one of the largest and most respected accounting programs in North Carolina.

Turner, known as "the father of accounting" at UNC Charlotte, retired from teaching in 1991 after serving 20 years as chair of the program and nearly 30 years overall at the Belk College. Turner said of his tenure, "My goal was to turn out outstanding graduates." He died last year at the age of 88.

For more information about the scholarships, contact John Kemp in the Office of Planned Giving at 864-294-3717 orjohn.kemp@furman.edu.